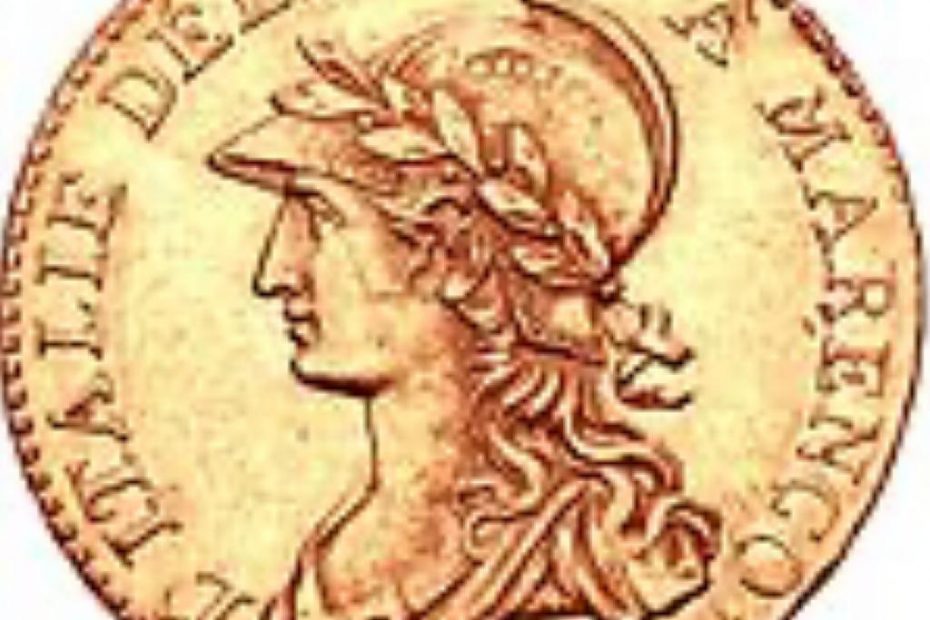 Golden coins with an european appeal and different goodies to delight the palate and the ear: the heritage of the battle of Marengo floods over the official death toll and the rebuilt geopolitics.
Napoleon’s bust on the gold coins of 6,45 grams forged in the Subalpine Republic in 1801 honoured the heroic resistance and the triumph of the Armée de Réserve collected that day (14 june 1800) closed by the retreat, west of the river Bormida, of the army led by the austrian General Michael von Melas.
The seduction of this precious symbol is undeniable: the name of Marengo imposed on the first coin was transmitted to European currencies of the same weight, amount of gold 900/1000, par value equated to 20 francs, minted in the 19th century in the latin monetary union.
”L’Italie délivrée a Marenco”, legend around the profile of Minerva surrounded by the helmet and draped on the left by Italy, on the coin minted in Paris and in Turin, recites the French hegemony all over nothern Italy promoted by the First Consul Napoleon Bonaparte.
The battle’s fame on the plain of Alessandria still runs on the Pentagram: ”La bataille de Maringo” is a military pièce for piano accompanied by violin and bass dedicated to the Armée de Réserve signed by the French composer Bernard Viguerie in 1805.
The echo has spread to opera lovers: the Te Deum’s thanks for the Austrian victory, announced by Von Melas’ imprudence, is included in the lyric drama “Tosca” by Giacomo Puccini.
This crucial victory in napoleonic epic is also extended by the French troops chef’s delicacies: the chicken “alla Marengo” and Marengo’s polenta.
The myth consecrates, to the skills of Dunand, the rich and nutritious main dish (chicken, eggs, field mushrooms and crayfish), preferred by the corse emperor to celebrate the victories back to Marengo and a cake made with corn flour, raisin and maraschino, the typical sweet of Alessandria.
The full table on the “Fraschéta” green plain, in the Bicentenary of Napoleon’s death (5 may 1821) exiled in Saint Helena, is catchy.