Pius VII, the Pope of the Concordat with Napoleon 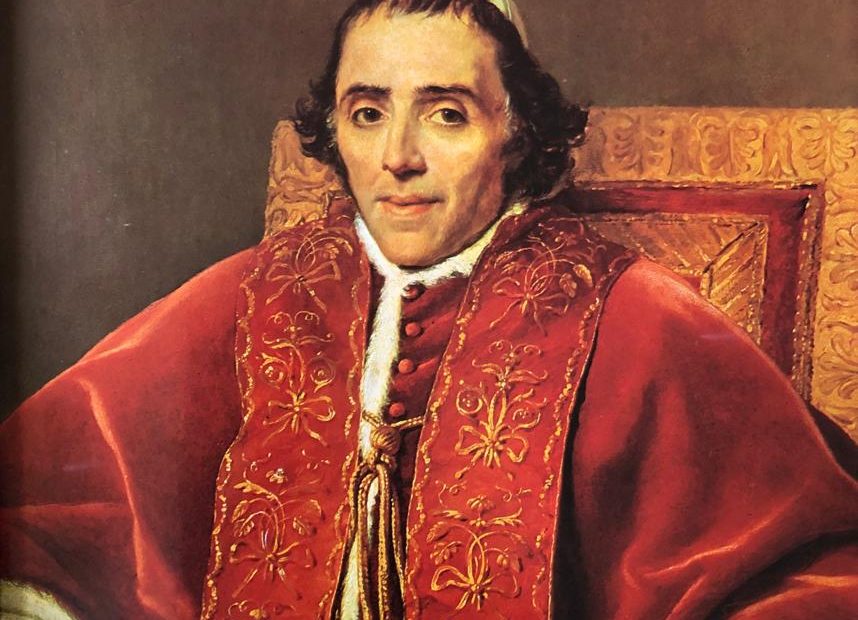 Today occurs Pius VII’s election to the Petrina Chair; Pius VII is a Pope of the Napoleonic era who was exiled to Savona because of disputes with the French Emperor.
The pontificate of Pius VII plays an important role for a quarter of the century in the middle of wars and riots and a Concordat with France for religion given back to legality after a long period of a terrible crisis.
The imprisonment of the Pope is evidenced by the rooms of the Episcopal Curia in Savona that will be soon open to the public, as soon as the Pandemic will be reduced to isolated cases of a pneumonia that besides suffocating patients, and it is in its gravity the cause of over 100 thousand italian deaths, took away the vital air, creative and productive, from our country.
We have definitely passed complicated periods but this one hasn’t been written on books yet, we are all experiencing it day by day, so Pius VII’s serious position of trust can encourage us to keep grinding.
Pius VII had in front of him a man, Napoleon Bonaparte, who made all the people bow down before him and who reached, firmly and directly, an agreement which started a new era of religious freedom.
Maybe we’re not far from reality and we think of the Pope while he’s praying even for his persecutor who will give written testimony of his conversion on the island of Saint Helena abandoned in the mid-ocean but so close to the centre of the trade routes and, as we would say, of the infinite ways of the Lord.